It may seem something of a provocation, but it isn’t! Petroleum has been one of most useful natural substances to man since ancient times. The Sumerians, Assyrians and Babylonians extracted pure bitumen from vast superficial deposits which they used to waterproof their boats. The Egyptians considered petroleum to be “sacred oil” and used it for mummification. The Arab alchemists developed the first refinement techniques in the 9th century AD. Its properties were used for medicinal purposes in Renaissance times. Why do we now associate it with images of pollution and ruined beaches? The blame does not lie with petroleum, but with man’s negligence and greed!

The artist Enrico Minato invented a totally original, not to mention courageous use for this “paper, producing objects for daily use with a minimalist yet refined and strongly evocative design. It is no coincidence that the first range of stationery made with this material was for “Emporio Armani”. The renowned stylist was struck by the expressive force of these textured materials. The covers are made of tar paper while the internal pages are made of an original 100% recycled paper known as sealing paper. This paper is widely used in the packaging industry due to its strength. The defining characteristic is the surface which features parallel lines rather like a watermark, similar to the classic lines in notebooks. 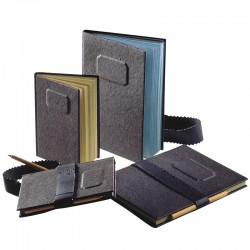 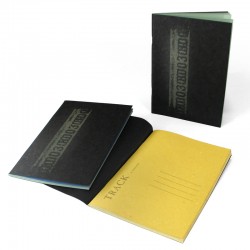 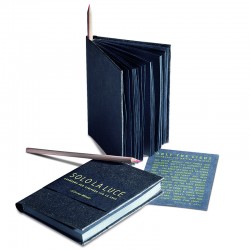 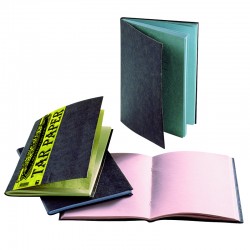